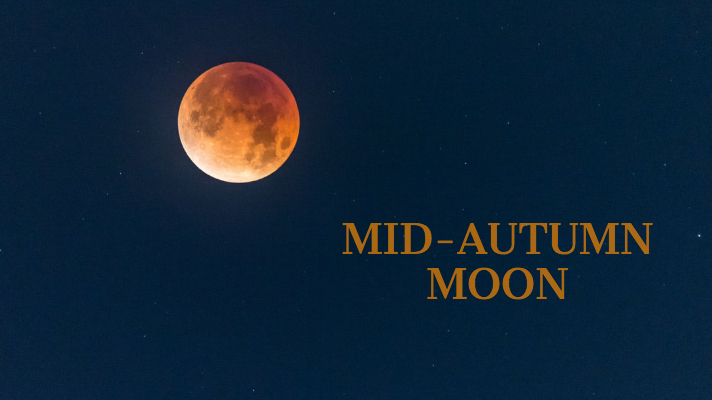 The green heat of summer has cooled into crisp blue afternoons. Cicadas have given way crickets. A shaft of the setting sun slants through the window, the white hot sting of months past now mellowed out into a golden glow. All things are waning, except the moon.

The moon has grown: brighter, rounder, yellower. When I squint, I can almost touch the Yutu (Jade Rabbit) pounding immortal elixir for Chang’e under the osmanthus tree. How long have they been up there? The legends say 4000 years. Now, with the moon so close to Earth, they might just land lightly if the jumped. If they jumped — they’d certainly be in for a shocker.

And so for now, they continue their lunar exile, their likeness commemorated on ever-elaborate moon cake tins and kept alive by our collective imagination. When the Americans walked on the moon, the space team joked that they’d “keep a close eye out for the bunny girl.” In the years since, the Chinese have sent Chang’e 1, 2, and 3 into the heavens, and in 2013, landed a moon rover named Yutu.

I crane my neck to the side of the railing of my narrow porch on the 43rd floor. The moon has slid around the corner and is hiding behind some identical high-rise. It’s been almost a year since I’ve looked up. The lights below are always so much brighter.

I take a bite of the mooncake. A glob of sweet, greasy lotus paste nearly gags me as it sticks to the roof of my mouth. I wash it down with a swig of scalding pu-erh. The tea smells of home, but the mooncake tastes like florescent-light supermarkets. They swirl together as I work off the last bits of stickiness with my tongue.

Past and present, memory and longing, an artificial limbo between the lights above and below.